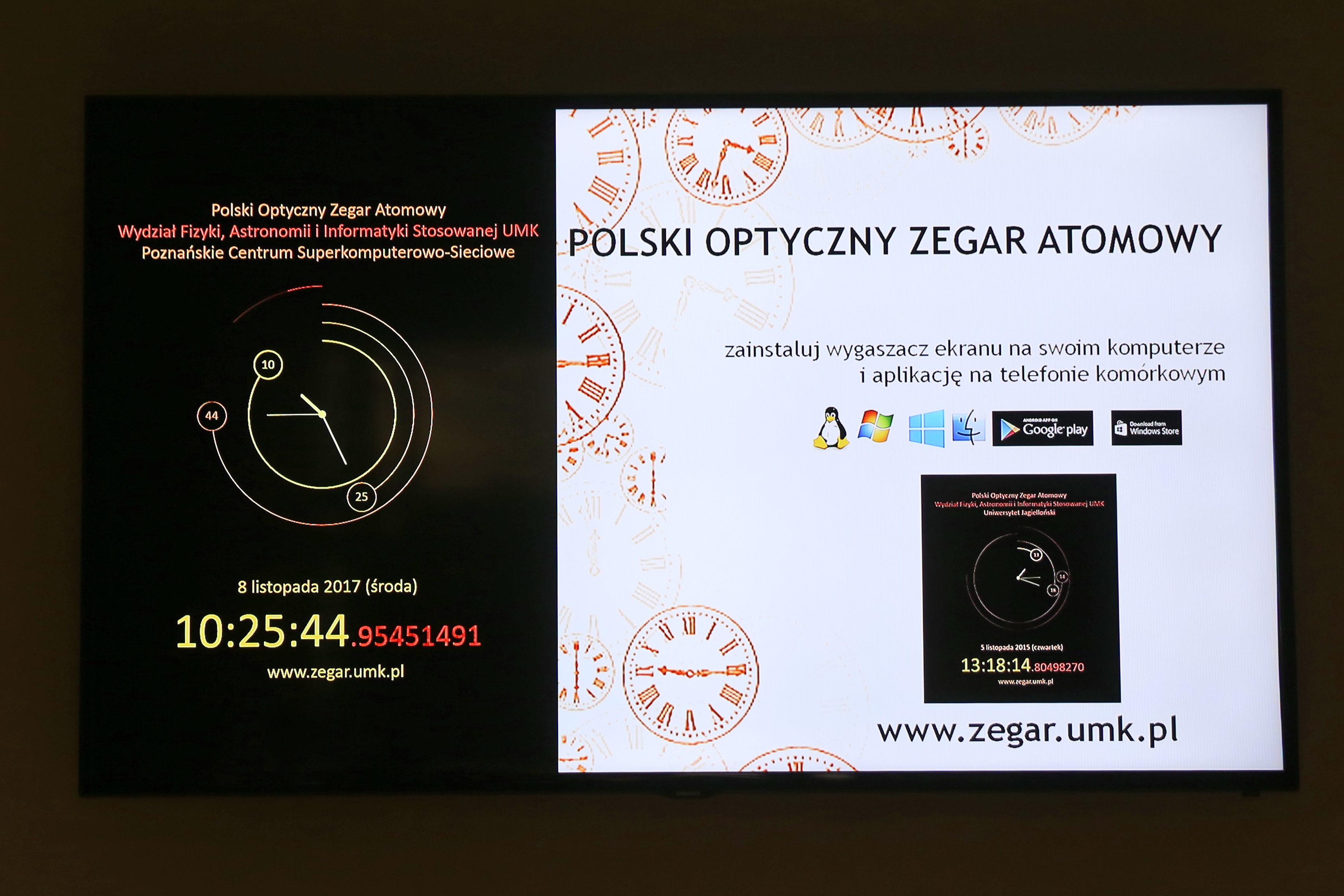 A unique system of two optical clocks using ultra-cold strontium atoms in an optical lattice has been constructed and set into work at  National Laboratory FAMO at the Institute of Physics as part of the project entitled “Construction of Polish Optical Atomic Clock (POZA)”, in cooperation with the University of Warsaw and Jagiellonian University. At present, they are the most precise measuring instruments and frequency standards in the country. Clocks of this type and of similar precision are owned only by world’s most developed countries. The clocks working in Toruń have allowed for making the most precise direct measurement of 1S0-3P0 clock transition frequency in 88Sr boson isotope [P. Morzyński et al., Scientific Reports 5 (2015), 17495-17499]. This experiment was a milestone in the ultra-high resolution spectroscopy (order of 10-17) in Poland. The  optical clocks have also been used as a frequency reference for the radio telescope in Piwnice during the VLBI observation session. At present, the EMPIR 15SIB03 OC18 (Optical Clocks with 10-18 Uncertainty) project is under way- a three-year international project whose goal is the development of optical atomic clocks in Europe. Its main objectives are: achieving stability of laser frequency at the level of 10-16 or better after 1 s of averaging, achieving systematic uncertainties in the optical clocks at the level of 10-18, devising new methods of interrogation and verifying the quality of improved optical clocks by direct comparison of frequencies.