In an international team 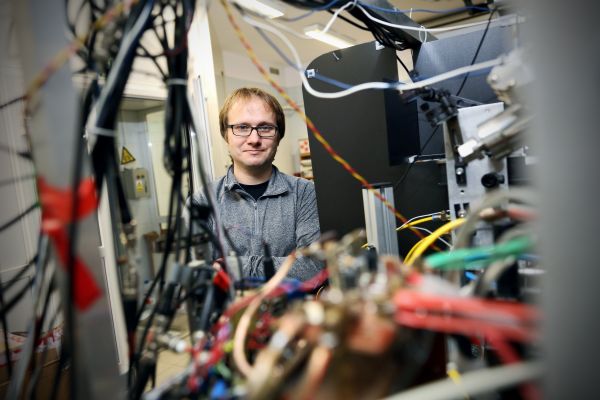 The project whose participant is a researcher from NCU’s Institute of Physics, Professor of NCU Michał Zawada, PhD, is among 26 scientific enterprises awarded in the QuantERA 2017 competition of international research projects from the field of  quantum technologies. The competition’s total budget is 36 million euro.

It is the first edition of the competition organized by QuantERA consortium (ERA-NET Cofund in Quantum Technologies).

The contest was announced in January 2017 and immediately gained much attention in the academic circles: during its first stage 221 applications were submitted, to the total amount of 235 million euro. The competition was aimed at consortia which consist of at least 3 research groups from at least three different European countries. The event’s coordinator, with 30 research-funding organizations involved is National Science Centre. More details

Among the projects which received QuantERA 2017 awards there are 9 which are conducted with the participation of Polish researchers. Apart from the scientist from the NCU’s Unit of Atomic, Molecular and Optical Physics, researchers from National Academy of Sciences, and Jagiellonian and Warsaw Universities will also participate.

A scientific enterprise in which a physicist from Nicolaus Copernicus University is involved entitled “Q-clocks: Cavity-enhanced Quantum optical clocks” will be conducted in cooperation with teams from Denmark, France, Italy and Spain. It will be funded by the National  Science Centre.

The Q-clocks project aims to set new limits in quantum time-measuring by combining the most modern optical atomic clocks with quantized electromagnetic field ensured by an optical cavity. Its aim is to adjust advanced quantum technologies to the most modern optical clocks. It is meant to enhance the optical clocks’ sensitivity while maintaining long coherence times and highest accuracy. In the course of the project are methods of non-destructive measurements, squeeze-state preparation and active optical frequency standards.

It is noteworthy that an atomic quantum clock is considered a milestone in “European Quantum Technologies Timeline”.

Realization of international research projects funded under QuantERA contest will start in 2018. The meeting for the program’s laureates QuantERA Projects’ Launch Event – will take place on 24-25 April 2018 in Bucharest (Romania).