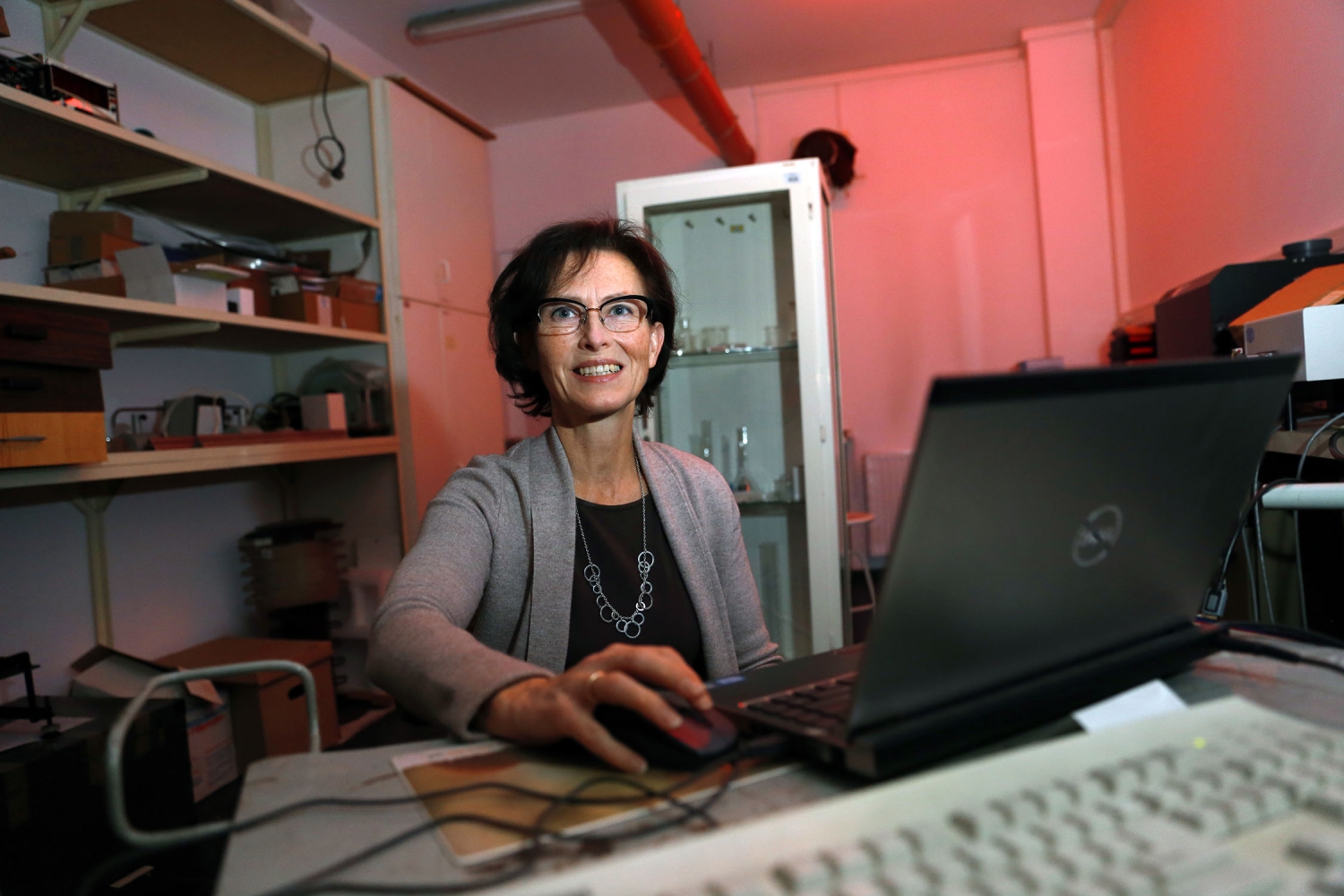 Professor of NCU Alicja Chruścińska, PhD, from the Faculty of Physics, Astronomy and Informatics at Nicolaus Copernicus University was the only Polish researcher to be included in the prestigious Women in Physics 2017 list by Elsevier Publishing Office- the list of women whose achievements in Physics change the world.

The list consisted of  45 female researchers from all over the world, and their publications which were considered especially noteworthy have been included in a special digital issue of  Virtual Special Issue on Women in Physics 2017.

Professor of NCU Alicja Chruścińska, PhD – obtained a degree in Physics at Nicolaus Copernicus University in 1987. She obtained the doctoral degree in 1994, and the PhD degree in 2011. Since 2015 she was the head of Department of Semiconductor and Carbon Physics, and at present she heads the Department of Applied Physics of the Institute of Physics at Nicolaus Copernicus University. She was the head of research project under the patronage of Ministry of Science and High Education in 2010-2014, NCU’s coordinator of a joint project of National Center of Research and Development (I Competition of Applied Research Program) in 2012-2016. At present, on behalf of Nicolaus Copernicus University, she is coordinating the works under the National Center of Science grant (OPUS 11) awarded to the consortium of NCU and Silesian University of Technology (Politechnika Śląska). Since 2015 she has been heading the research works conducted by NCU’s spin-off company LumiDatis, which in 2017 obtained a grant to carry out  a project under Kujawsko-Pomorskie Regional Operational Program (Sub-measure 1.3.1 – Supporting research and development processes in academic companies). She cooperates with scientists from numerous foreign units and is amember of Editorial Board of the international journal Radiation Measurements. Professor A. Chruścińska, PhD’s academic accomplishments consists of 48 publications published in international, peer-reviewed journals, two patents, and two patent applications. One of her inventions received a silver medal at  The World Exhibition of Inventions, Research and New Technologies INNOVA 2015 in Brussels. Her works present results of experimental research, as well as modeling of the processes of thermoluminescence and optically stimulated luminescence. They also concern the use of those phenomena in luminescence dating of geological sediments and archeological artifacts, as well as retrospective and emergency dosimetry.