Graduate of MA and doctoral studies at the Faculty of Physics, Astronomy and Informatics at Nicolaus Copernicus University in Toruń. In 2009-2011 as a laureate of Ministry of Science and High Education’s Mobility Plus program he did a postdoctoral stay at  JILA in Boulder, USA in the group of professor Jun Ye, and in 2013 a research stay in  IMRA America (USA). A laureate of contests by National Center of Science (SONATA and OPUS programs) and the Foundation for the Polish Science (Homing Plus), as well as a recipient of “Stephenson Distinguished Visitor Programme” scholarship awarded by DESY (Germany) and “PIER Fellowship”, awarded by the University of Hamburg. He cooperates with research groups in Sweden Croatia, Germany, Italy and the USA.

Interaction between light and matter is one of the most precise tools which allow to measure the forces between atoms or particles, study the particles’ internal structure, or observe the chemical processes with time resolution of a femtosecond (  of a second). The development of photonics and laser technologies in recent years has allowed for a significant increase of the capacities of measuring instruments. One of the greatest achievements was constructing the so-called Optical Frequencies Comb (OFC)- an impulse laser which emits light in thousands of frequencies (colors of light) at the same time. The combs allow for very precise measurements of frequencies of light. They have allowed for construction of optical atomic clocks (like the one in Toruń), which are the most accurate clocks in the world. For constructing the OFC,  John L. Hall and Theodor W. Hänsch received the Nobel Prize in Physics in 2005.

In my studies I make use of the OFCs for precise measurements, to determine which of the generated frequencies (colors, or the “comb’s teeth”) and to what extent it is absorbed by the molecular gas under study. It allows to obtain information on the particles’ internal structure and dynamics, as well as their interactions with other particles or atoms in the gas. Using this technique is not limited to basic research. Since each molecule has its specific absorption spectroscopy- a kind of “fingerprint” (which means one and unique way of absorbing light), the measurement in a wide range of colors makes it possible to define how many and what kind of particles we have in a studied gas sample. It allows for extremely precise detection of numerous substances at once, even if their concentration is very low (less than one molecule of the searched substance to a billion of other particles in a sample!). It can be used in climate study, monitoring pollution, managing production processes, detecting hazardous substances or medical diagnosis.

Since each color of the light generated by OFC is known very precisely, in the course of our research we are also working on devices for calibration of astronomic spectrometers, designed for the largest optical telescopes currently built. Thanks to such calibration, it is possible to detect new planets outside the Solar System, learning the composition of their atmospheres and (in a longer perspective), searching for life indications.

Why Physics in Toruń? Because it allows for working with interesting, intelligent people, and lets me keep full freedom in my scientific activities. Apart from that- I like gingerbread. 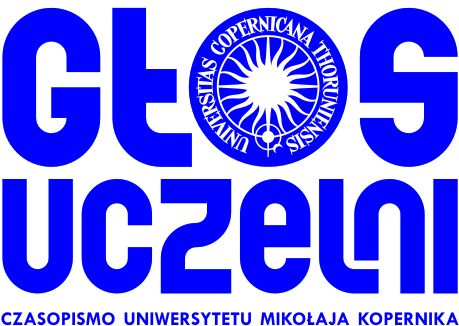